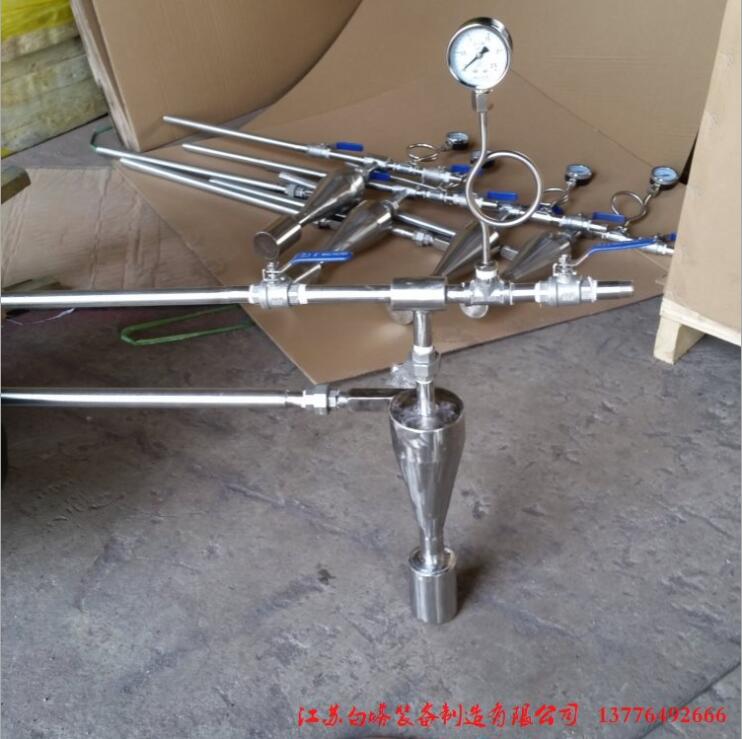 Fly ash sampler is used for continuous sampling of flue gas and fly ash at the tail of power plant (station) boilers, which can accurately detect carbon content in fly ash and provide reliable basis for scientific calculation of thermal efficiency of boilers. Fly ash sampler is a new generation of advanced equipment for fly ash sampling. (1) Sampling pipe - --- Insert into the flue pipe, the sampling port is directed towards the fly ash flow, from which fly ash enters the sampling device. it is multi-point sampling.

(2) Separator - Separate fly ash from gas. Fly ash is thrown down by rotating airflow due to gravity, and then falls into the collector by gravity. The separated gas is rotated from top to bottom along the wall, then rises to the top along the middle route, and is separated twice by the lower blade of the exhaust pipe, and discharged from the top outlet to realize the separation of fly ash and gas.

(3) Sampling bottle - centralized storage of fly ash samples separated from the separator for calibration purposes only.

(4) Sampling valve - --- When sampling, open the valve, suck the air in the separator by the negative pressure formed by the exhaust of compressed air from the outlet, and make the fly ash in the fly ash pipeline enter the sampling device from the sampling port for sampling.

(6) Pressure regulating valve - --- adjust the opening of the valve to control the pressure and flow of compressed air and change the sampling speed of the sampling device. Fly ash sampling device is developed by using the principle of negative pressure suction and cyclone separation to suck fly ash out of flue and separate solid and gas. In the process of sampling, all valves are open. When compressed air is ejected from the outlet pipe, its jet action will inevitably lead to negative pressure at the pipeline connected with the sampling valve, and the gas in the pipeline will be taken out. The separator and the powder collecting bottle at the bottom of the separator is blinded, and the only inlet that can be connected with the outside only uses the sampling head and the sampling tube. Therefore, the emergence of negative pressure prompts the fly ash in the flue to enter the sampling device along the sampling head. The fly ash is separated in the separator and enters the powder collecting bottle. The gas and a little fine powder from the upper outlet of the separator are taken out by compressed air through the outlet pipe, and re-sent to the flue, which does not pollute the workplace. 4. Arrows on the exhauster and at the bottom of the regulating valve must be same as the direction of airflow when install it, otherwise the sampling effect will not be achieved.